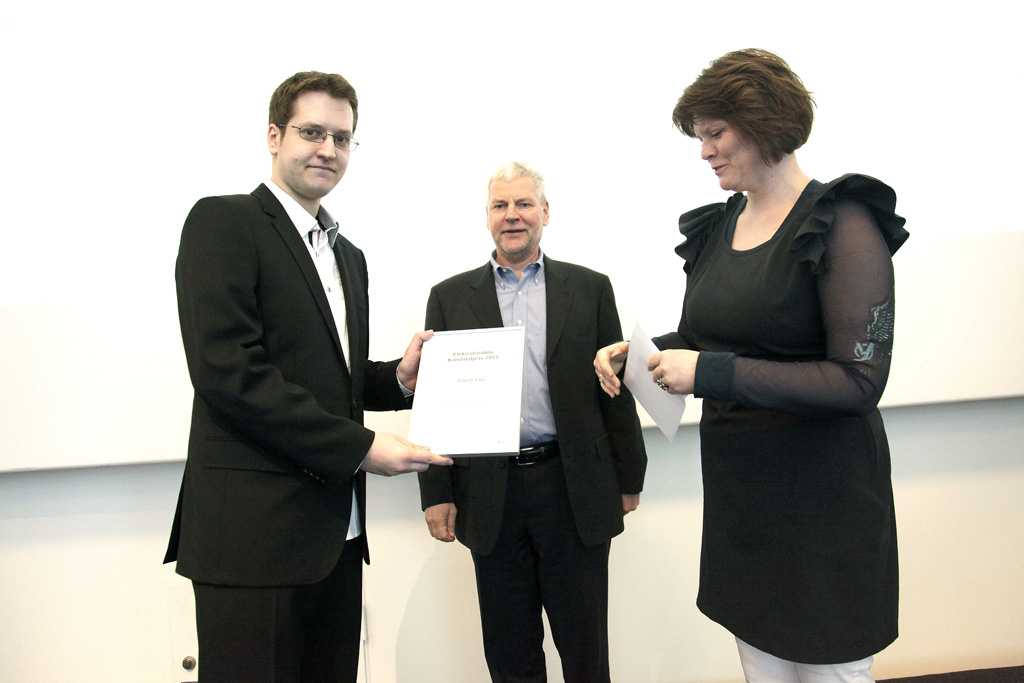 In my master thesis, I developed a Brain-Computer Interface (BCI) for people who suffer from locked-in syndrome, which is a condition in where a person loses the ability to control muscles and communicate. The brain mostly functions though.

Fortunately, with today’s technology, it is possible to help these people by either using a webcam or reading what is going on within the brain, by looking at electrical activity along the scalp. I decided to create a solution based on brain activity, as it turned out to be more stable than eye tracking.

My solution is a text writing application, where the person selects letters or words by looking at them. The attached article at the bottom of this post explains most technical details related to the project, so I won’t get into that.

The project was very well recieved both by the audience at the Annual International Conference of the IEEE Engineering in Medicine and Biology Society (EMBC’13) and at home. In Denmark, I received the annual “E-Kandidat” prize by the Society of Engineers (IDA) for the project. \o/ I was contacted last year by Birger Bergmann Jeppesen who has been living with the neurodegenerative disease ALS for 20 years. The disease causes a person to lose control over all muscle functions, eventually leading to complete paralysis and preventing the person from communicating with surroundings. Birger’s ALS has reached …